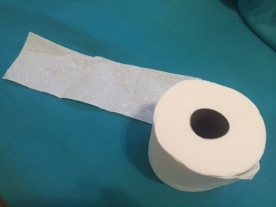 I moved passed the main leasing office hoping not to be noticed and made my way towards the restroom. The weight of my laptop felt heavier than usual on my back and I could hear every creak of my backpack straps, every single one of my footfalls connecting with the tile floor.

Damn, they saw me and I almost swore aloud. I stretched my face into a smile, wanting to look inconspicuous. “Um, no I am just coming in to use the Wi-Fi.”

She nodded. “Just remember we close in twenty minutes.”

“Oh… yeah. I will just check my email and then get out of your hair.”

She smiled politely and went back to filling out a form, probably some new tenants lease.

Needing to use the Wi-Fi, wasn’t entirely a lie. My internet had been turned off several months before because I was unable to pay the bill.

The leasing agent glanced back up, waiting to see if I need anything else and I realized at once that I was still frozen in place. Quickly, I moved into the main recreation area, the open space inside the leasing office with large comfy couches, a pool table and a small kitchen open for anyone who rented at my apartment complex to use. I sat down, checked my email for a few moments and casually peered over my shoulder to be sure the leasing agent wasn’t looking at me.

My heart was beating. I never stole anything before but now, there was little choice. I didn’t know what else to do. The leasing office was closing soon and there was something I desperately needed.

I stood and moved towards the bathroom. The men’s bathroom was being cleaned. Of course it was. I slumped down a little and felt defeated. What was I going to do? The leasing office we be closed tomorrow too. I turned to leave, feeling defeated when a voice behind me almost made me jump out of my skin.

“You can use the women’s bathroom if you need to, I’ve already finished cleaning that one.”

I turned to look and an older woman, wearing bright yellow ducky colored gloves, holding spray bottle and a rag was standing there, waiting for my response.

“Oh… Thanks.” I smiled at her and hoped that she took my relief for the need to go to the bathroom. Quickly I slid into the women’s bathroom. I locked the door behind me, breathing a deep sigh.

I put down the lid of the toilet and sat on the flat, fuzzy covering. I always thought it strange when people put what was essentially carpet on the top of their toilet, but there was no time for distractions. It was time for action.

Still feeling guilty, I peered around the room, a tiny open room with only a toilet and a sink. Who was I looking for? There was no place to hide in here, but my guilt was overwhelming. I had never stolen anything before. I could smell lemons, the vapors of the cleaner still wafting in the air. I took a deep breath and looked to my right.

There was my prize, the thing I needed so desperately, toilet paper. I looked, at the full dispenser. She had said she just cleaned, she hadn’t said that she had just restocked everything. Of course she didn’t, why would she? The three roll container was completely full; would she notice if I took one? Would she say something to the leasing agent? Would cops come to my door for a single roll of toilet paper?

I reached over to open the large plastic container to take one of the rolls from the rotating queue. But as my fingers reached around the edges of the container, aching for some crack or opening to exploit, my eyes moved to the center of the container. There, was a key hole.

My despair was almost complete. I felt a deep sense of frustrating and disappointment wash over me. So much had gone wrong recently. For six months I had searched for a job and put in hundreds of applications. Then finally when being hired to deliver pizza’s I had totaled my car 2 hours into the first shift. Now carless, jobless and an unfinished Master’s thesis, I felt tears beginning to burn in my eyes. I drew them back, I refused to cry again. Tomorrow I would have to tell the leasing office I couldn’t pay next month’s rent and tonight I was trying to steal toilet paper because I had to choose to eat, or buy toilet paper.

Then I looked at the key hole again. I pulled out my own keys and quickly stuck them in the hole. The smallest one wasn’t a perfect fit, but I was able to turn the lock and the front slide off and crashed on the floor. The noise echoed through the room and there was little doubt it could be heard outside.

I waited, holding my breath for a moment, to hear if anyone had noticed. But no voices called out. I grabbed a roll off the queue and stuffed it in my backpack. I replaced the plastic covering as quietly as I could. I flushed the toilet, and turned on the sink pretending to wash my hands and then opened the door.

Standing just outside was the janitor. She had headphones in and her music was blaring; it felt like a miracle. I rushed out of the side door of the leasing office to avoid the leasing agent and headed towards my apartment. Joy and elation washed over me. I had toilet paper, enough to last me several days while the leasing office was closed and I had a few dollars worth of food to make sure I wasn’t hungry. For the moment at least, I would be okay.

This is a True Story

This may seem like a silly story, but this really happened to me. During the Summer of 2013 I experienced a number of setbacks as described above. It seemed liked everything in the world was set against me and I was forced for the first time in my life to steal something. It was a horrible feeling, like I was an animal backed into the corner.

Things did not improve for me after that. I left the apartment voluntarily because I was unable to pay the last two months’ rent. Several friends and family members did what they could to help but I had been borrowing money for months, and most simply couldn’t help any more than they had. Ultimately it was thanks to a friend who took me in on her dairy ranch that kept me from being homeless. While there, I spent the next year and a half looking for work and finishing my Master’s Thesis, which I did ultimately finish. Had I not had the support of family and friends, I may have ended up homeless. A fact that I have never stopped thinking about since this experience.

I had done everything I was supposed to do. I already had a B.A. and I had gone off to Graduate school to advance my career as a social scientist. At that point I had done 4 internships, and one of them included a large scale project funded by the Federal Government. I also had ten years of experience in video production and had incorporated that into my internships. I had help to make a full length documentary and half a dozen short for documentaries.

But for some reason, nothing was falling into place. All of my skills and knowledge didn’t seem to matter much. In fact, at one furniture store where I had an interview to edit video, I actually had a potential employer tell me that they don’t hire anyone with an anthropology background, regardless of what my skill set was. He said it was a matter of principle and that he felt that anthropology was a worthless field of study. His opinion made me feel absolutely worthless in a time when I felt like I already had no value, when I was struggling desperately to find a job, any job that would allow me to keep my apartment.

The point of this story is, before you tell someone that if they just work hard they will do well, keep in mind that sometimes, you can do everything right and fail. Sometimes it is the circumstances or timing that simply screw you over. For some it is even worse, there is a system that makes it so that for every step forward they take, they take two giant ones backwards.

People who are born into poverty, who face obstacle after obstacle and manage to overcome them, still don’t succeed sometimes. Is there an American Dream? I know there are a lot of people out there, who are at the bottom of the barrel, struggling just to get by, who can’t believe in something like that. The only thing they can believe, need to believe, is that the next paycheck is coming… for now.

If hard work was the marker of success, then the richest people in this country would be the janitors, the fruit pickers, the construction workers and a variety of other people who trade their body and their labor for meager wages. They are some of the most important cogs in the system of society and without them our system would not function. Yet rest prices (in Denver and other cities) continue to sky rocket while their wages stay the same. How we treat the people on the bottom, doing the jobs we say we would never want to do, is a reflection of who we are, who you are.

Remember that everyone needs a little respect and compassion from time to time, especially those who have to break the law just to survive. Most people who do bad things, do so because they feel there is no other choice. Ask yourself, why should anyone have to steal to survive in the wealthiest nation in the world?