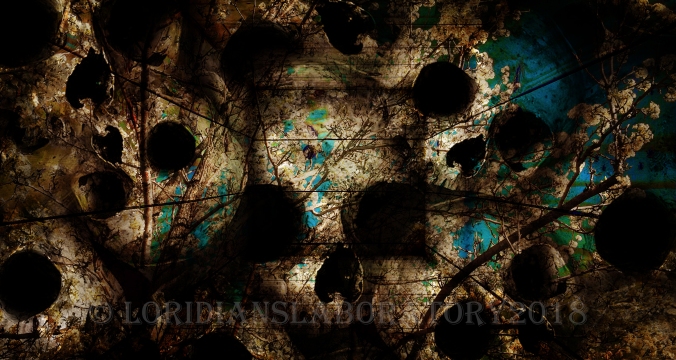 Let me tell you my secrets
Shall we unearth them?
Unbury the bones?
Expose the truth?

Sometimes I need that pain,
Skin raw, muscles exposed
Salt in the open wound,
Cold on warm skin
A taste of madness
An itch I must scratch

At least until,
A single ray of sun
Pierces my resting place
A hint of air
Grants me a breath

I push my way up,
Through wood and earth
I paint with blood
A unique language
An epic tale

Bracing my bones,
There is no one else to help me,
Not really
I am a wanderer
A Self-Made Sorcerer
Apprentice of Death laying dormant

I widen the hole,
fingers clawing for greater purchase
My fist bursts forth into the crisp spring air
And I taste hints of winter’s recent passage

That air,
Those flowers,
New growth in my bones
The glimpse of a clear blue sky,
All tempt me

And who am I to resist the temptress? 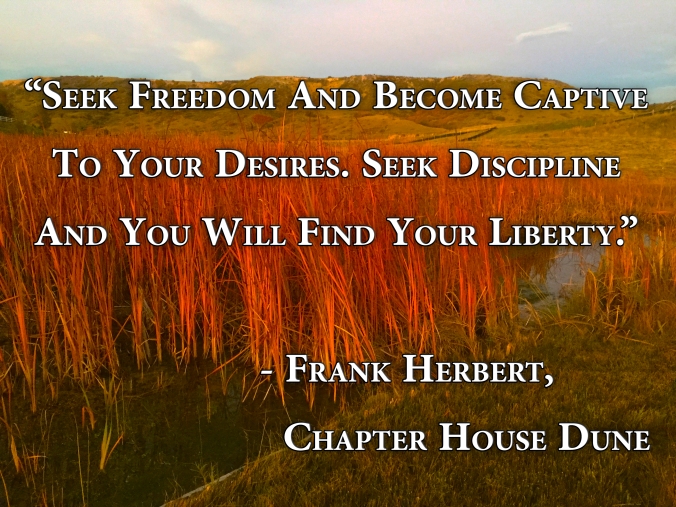 Driving in Traffic this morning and listening to an audiobook I came across the quote above. I had to rewind the audiobook several times and listen to it over and over. Partly cause I was completely stopped for a good few minutes and needed to focus on something else for my sanity, and partly because I was just so captivated. Why? There’s so much to it. It is one of those small deep truths that we rarely fully understand. It is a kind of precious gem.

Ask yourself, what are you trying to achieve with your goals? What are your dreams and aspirations? My guess is that it has something to do with freedom. Most of us, in a capitalistic society, are chasing money, some out of survival and some out of sheer desire. But why are you chasing money? Freedom.

This could be freedom from harassment, freedom to travel, freedom to sleep in, freedom to spend time with your family, the freedom of owning a home, or many other things. But it always seemed to me, that the more we chase freedom the more we are caught in a web of desire.

For those of you who aren’t Buddhist, the core idea of Buddhism is the four noble truths. Now hold on, before you click away, this totally relates, I promise.

1. Life is dissatisfying and we suffer. This isn’t nihilistic, just an observation, like a doctor saying, hey you should probably stop eating copious amounts of sugar, cause it’s gonna cause problems.

2. The cause of suffering is clinging to stuff or trying to pin your happiness on something outside yourself. The problem with this is that stuff changes or disappears and good or bad, nothing lasts forever. Yes, even grandma’s eternal fruitcake or that Mcdonald’s sandwich that has been sitting in the open air for ages. Eventually, they will pass away, though probably not in my lifetime.

3. There is a path out. By the way, there are 2500 years of evidence that these methods do work. People have radically changed themselves through Buddhist practice and meditation.

4. The last of the noble truths is a series of practices and methods for the cultivation of discipline to get out of this sense of dissatisfaction and suffering. This is known as the 8-Fold Path.

So what does all this have to do with freedom and discipline? Well, if you are chasing after freedom, you’ll never find satisfaction. Either, you will, at some point, lose that freedom or you will always be chasing after more. It may also be the case that what you thought would bring you freedom, may actually only be freedom in perception, meaning that it wasn’t as good of a deal as you thought. That fixer-upper you bought because you were inspired by one of those reality tv-shows… you probably understand this pretty well.

In the interest of transparency, I am not the most discipline personed in the world. Also, I haven’t been a formal practitioner of Buddhism for terribly long, only about 2 years. But I have noticed a significant change in my attitude and my ability to work with difficult situations.

But, I’m not saying you should run out and check out Buddhism. What I am suggesting is that if you want to make a real significant change in your life, find a way to establish some discipline. You see, what you will notice when you make a commitment to some kind of discipline is that it will start to spread to others areas of life. Shit, I just cleaned my bedroom because a few things were out of order. I would have never done that a year ago. I’m normally a two-pile kind of guy, one of clean clothes, one of dirty.

But look, it could be something small. Perhaps, like me, you want to be a writer and you make a commitment to write at least 500 words a day. By the way, you are reading my daily words right now. Or maybe you want to learn a language, you could download an app like Duolinguo and spend 15 minutes on there every single day. For me, it began with making a commitment to meditating. As of writing this I am currently on a 123-day streak of daily meditation and attempting to get to a full year.

I know it’s hard. I know you are tired from working multiple jobs and having a family. Believe me, I know all those things intimately. I’ve done both and still sometimes do. That’s why you need to create some accountability while you build a habit. Make a team on Duo-Lingo. Join the ‘My 500 Words’ Facebook group and post daily. If you want to get in shape, find a friend and sign up for an event so you have to train. I did this back in 2014 and signed up for a century-ride. It was a painful first ride attempt because I wasn’t as disciplined as needed. I have since learned my lesson.

Community is crazy important in establishing discipline. In fact, the Buddha recognized this 2500 years ago when he told his adepts that one of the most important things (we say one of the three jewels) is a community (Sangha). Community is there when you are too tired to continue. They are there when you just want to say, to hell with. They remind you what you are doing it all for. By the way, having a loving and supporting partner is also a bonus, but if you are like me and don’t, friends are also excellent at this. Tell them to bug you about it.

Of course, all of this is just advice. There is no shame in living an undisciplined life. Not everyone has the opportunity or the ability to make a radical change. Sometimes the conditions just aren’t there. Personal transformation isn’t easy, it isn’t comfortable and sometimes you are going to hate it. But that is how you know it’s working. If you find discipline, you will ultimately have to confront things about yourself that you don’t like. But this is the price for true freedom.

Feel free to share your stories about discipline or what you have been trying to build a habit around in the comments below. I am happy to discuss this more. 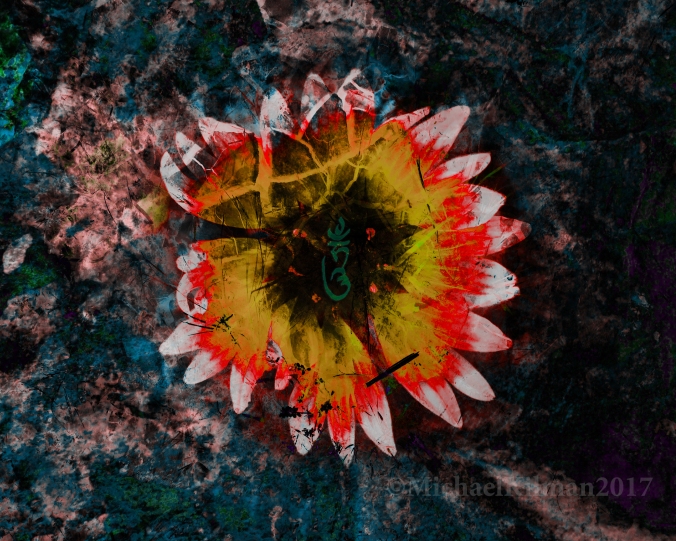 There are moments in our lives when we feel the fire of rage.

All is in a fog, all is unclear, all is distorted. Yet in the center of that rage, we believe that there is clarity, that we know what the right course of action is.

We confirm our truth.

We allow our preconceptions to build on perception and solidify. It becomes tangible. To us, there is a kind of beauty in that anger. We lust for it.

Like a flower, it seems to have bloomed from some place righteous, some place justified. And those who will be the victims of our rage will receive their just reward.

Yet after, what does it make? How was it of benefit? Did the flame burn truth into the brow of our enemy?

Most often, anger burns the one who wields it, like one who lit a match and held it too long. Scorched fingers.

Patience douses the fire with water.

Sit in the center of the flame and watch it. Let it burn but do not feed it.

Sit in the center and whisper the sacred syllable, Hung. 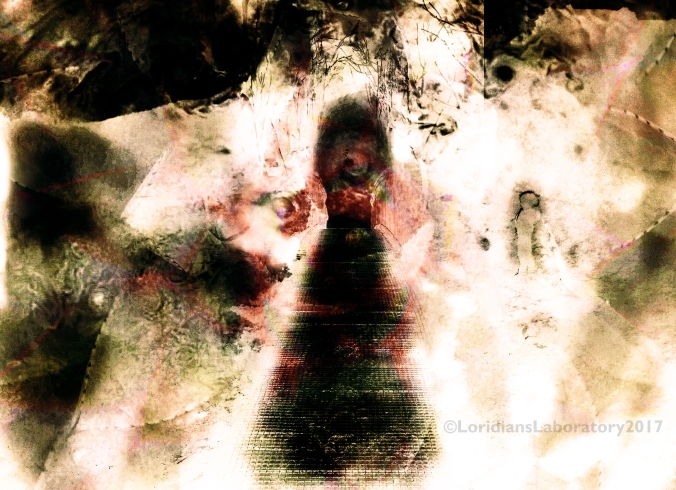 What we once were,

It never left the heart.

Patient Shadows can abide in darkness.

And As we walk forward on the grated metal path,

Can you hear that echo against your feet?

But what progress is needed,

When it’s all there already?

There’s no need to deny it.

Do you see the path yet?

Don’t you trust it?

Your eyes don’t deceive you.

The shadows is in you,

Why do you run?

Smell the sweet scent of the flowers.

Or the Fucking Roses.

Does your heart quicken?

But don’t listen to me.

Find the fuck out for yourself.

That’s the only way you’ll know. 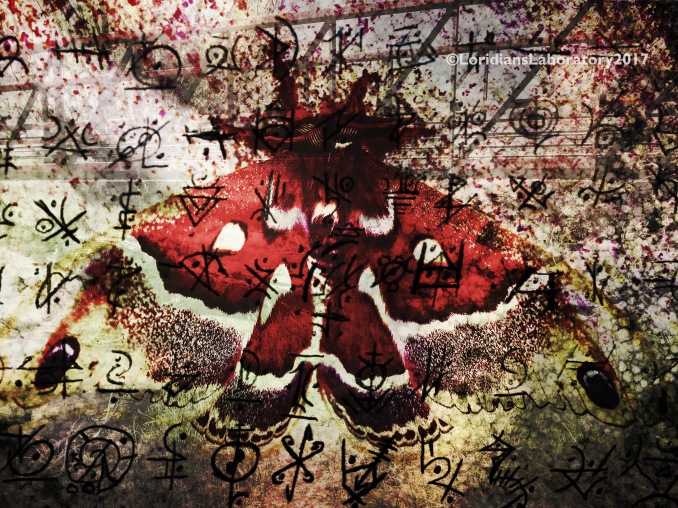 My ears only hear,

Pressing forward out my eyes,

Running down my arm,

It splashes onto the moth

As colorful as its wings may be, 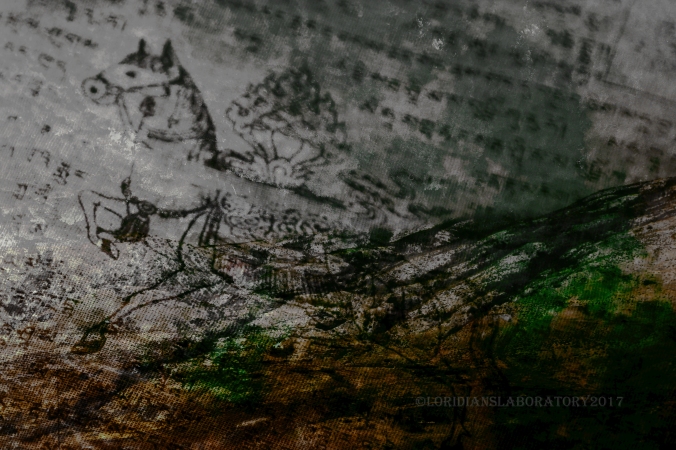 Of What Mountains are Made

It forms from further away.

They don’t let me see through their gaping holes.

All I see is the rope that binds me.

It’s is a beautiful rope and bares further inspection.

See the loom that made it?

See the origins of the great net in which we are bound?

We need only stand.

We need only move.

And the weave unravels.

You have a choice,

I saw Cornell West speak yesterday and was blown away. As a result I wrote a little spoken word piece. It’s called New Direction. The words themselves are below the video.

New direction
The breath, the breath

The very vessel that leads towards death

If you Stock up and reorder

Then you continue the disorder

Repeat, then rewind, then repeat

Round and round leading to our collective defeat

Dare you delete, the very elite

That knocked you down off your shoeless feet?

Out In the cold, your whole life, nothing but bought and sold

So it doesn’t matter in which school you are enrolled

Or the size of your household, or however well controlled

I implore you to explore despite the ever present war

For your mind, it always wants more, is always willing to ignore

Stop for a sec, just breath, don’t leave, there is a little more

The doctor must diagnose the illness before there’s a cure.

Listen, just listen to your own self-deception

When you meet a new idea, don’t go with your preconception

Shift your perception, make a correction, see the connections

If you listen to your discomfort you can make an interception

At the very core of your apperception

But be careful not to start a different kind of collection

Of knowledge and perception, That route leads to even more powerful deception

Know that, True education is liberation

It ends the incarceration of entire minds and entire nations

Participate in a celebration Of your personal annexation

Because aligning with your minds death and a little contemplation